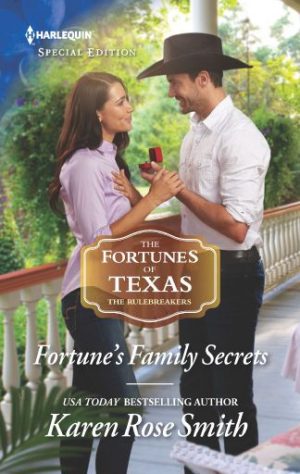 She was only seventeen when Chase Parker swept Lady Lucie Fortune Chesterfield off her royal feet. His oil magnate father cut their love affair short and forced them to annul their union…or so he thought. Ten years later, the wealthy Texas rancher uncovers a secret—he’s still wed to the one woman he’s never been able to forget!

Lucie was always “the quiet one.” While her mom and sister have been tailed mercilessly by the tabloids, she’s maintained a low profile and a gracious image. No one has ever uncovered her deep, dark secret—an impulsive teenage marriage.

When Chase tracks her down, she still finds him hard to resist. And as they prepare to untie the wedding knot, Lucie wonders: What if their biggest mistake was saying goodbye?